“Neuromarketing is not manipulation, it is mindful merchandising.”

The Marketing Club and Internationalization Cell of SCMS NOIDA organized ‘SYMFORUM’ an event that consisted of a webinar on the topic “Paradigms of Neuro marketing” on 21st October 2020 which was followed by a fireside chat where some of the students put up their questions one by one, pertaining to the topic discussed in the webinar. The event also consisted of a debate/ idea-exchange session in which students discussed and explored various ideas as well as thoughts on the topic discussed by the speaker.

Dr Alexia de la Morena presided over the webinar to speak on the topic of Neuromarketing and different aspects of Neuromarketing. She has a Ph.D. in Neuroscience and is a Neuropsychologist. Dr.Morena has been a speaker, lecturer, writer, and author of many books.

Dr.Alexia de la Morena began her discussion by introducing neuroscience as well as Neuro marketing. Dr Alexia stressed the importance of the brain. She described how humans behave differently in different environments. Dr.Alexia also touched upon the psychology being used in marketing. She explained how, in order to make an impactful advertisement, involving human emotions is important. Consumers find ads with personal meaning as well as feelings of belongingness effective. She accentuated the importance of understanding desires as well as motivations.

The next thing she discussed was the identification of neuro insight and exploring different things that the human mind likes and doesn’t like. After that, the concept of right prices was introduced where the students got to know that the highest brain activity suggested that the price is best for a particular product. The attendees were familiarised with psychological effects in which Amygdala hijack and the fight or flight responses were mentioned. She also spoke about how people buy things that they desire. Among other theories, one of the most popular theories i.e. loss of aversion was also explained.

Finally, the students were shown 2 videos which highlighted the usage of Neuro marketing in the world of video games and shopping. The guest ended the lecture with a note that consumers always buy products by heart and not by mind.

Furthermore, debate/discussion around the topic was held which consisted of 4 rounds, out of which in first 3 rounds 3 different questions pertaining to the subject were addressed. The objective of this round was to facilitate learning among students through an engaging and interactive session that will allow students to share information, thoughts and ideas related to the subject. In round 1, the question “how does Neuro marketing empower marketing and its’ future” was taken up. In 2nd round the question that was discussed “Is Neuro marketing an unethical or an innovative business practice”. In the 3rd round the question “should there be some ethical guidelines or a governing body to review the legitimate conduction of Neuro marketing” was up for discussion and debate. The 4th and the final round the concluding round and the conclusion after the enriching discussion was “Neuro Marketing is a progressive move towards a better tomorrow. It makes marketing easier and understanding the consumer precise to an unimaginable extent. Regardless of the fact how good it might be it needs a regulatory body to monitor what’s happening in and around it and laws for safe keeping. It’s too early to rely on it as people are not educated enough maybe 5-10 years down the line it would be how marketing is done and the current methods would be history.”

To conclude, it was a very enriching as well as informative experience for students. Both webinar and discussion session that followed the webinar aided learning in students and familiarized them with various aspects of Neuromarketing.

Photographs of the event are: 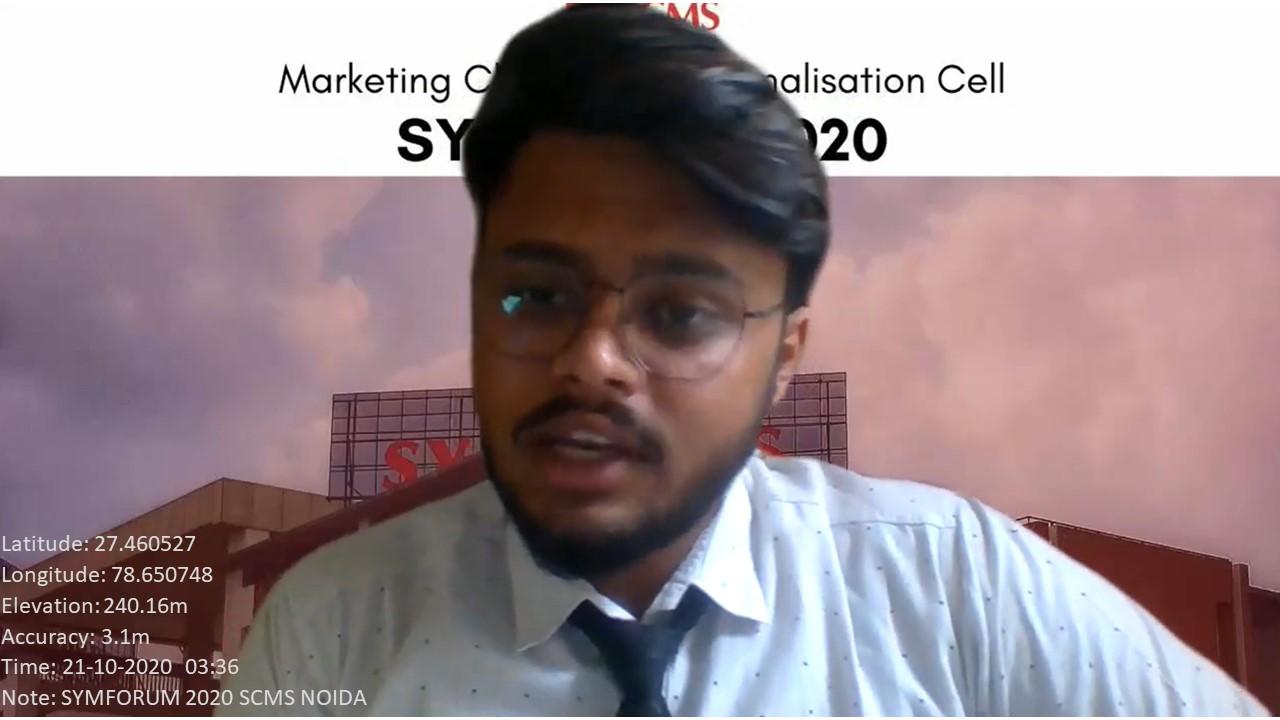 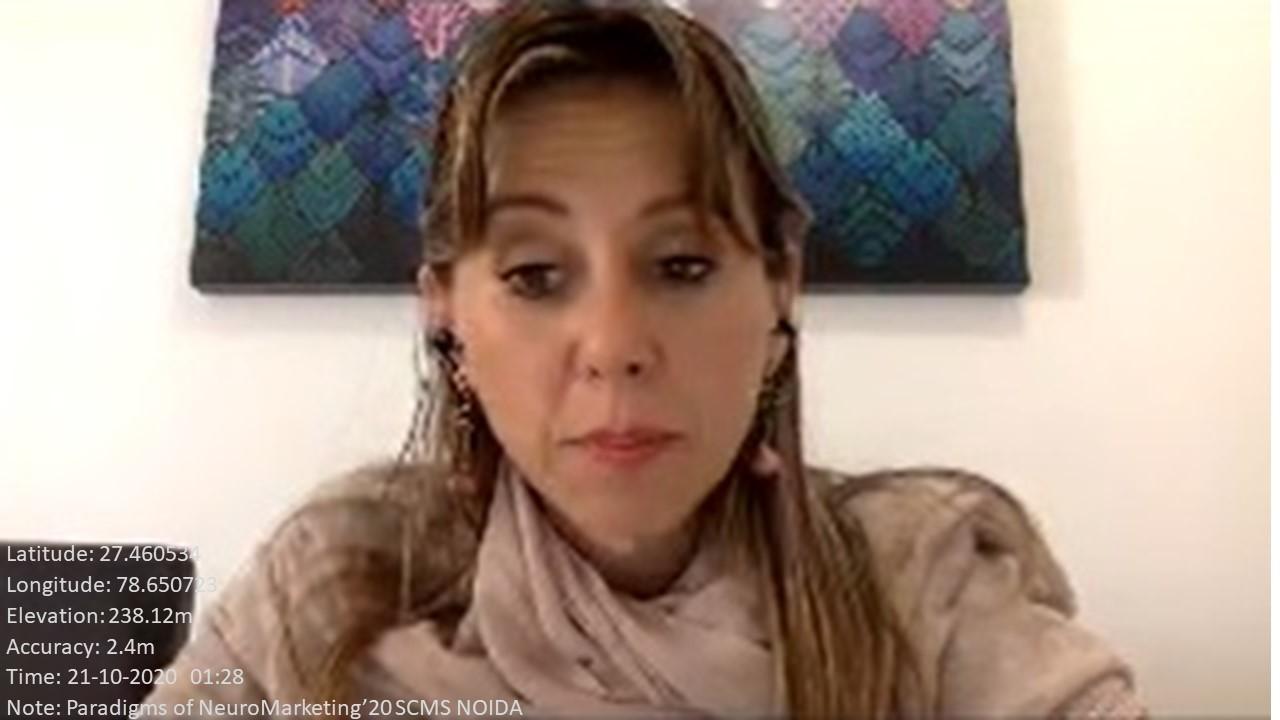 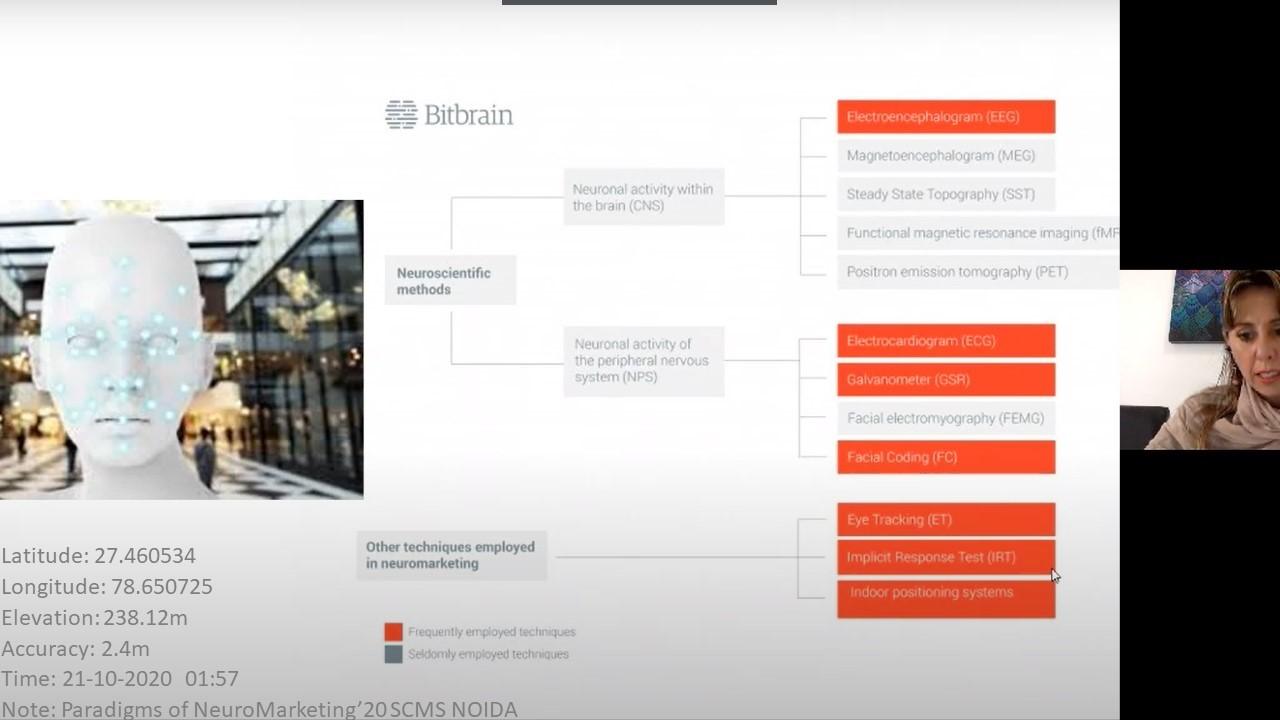 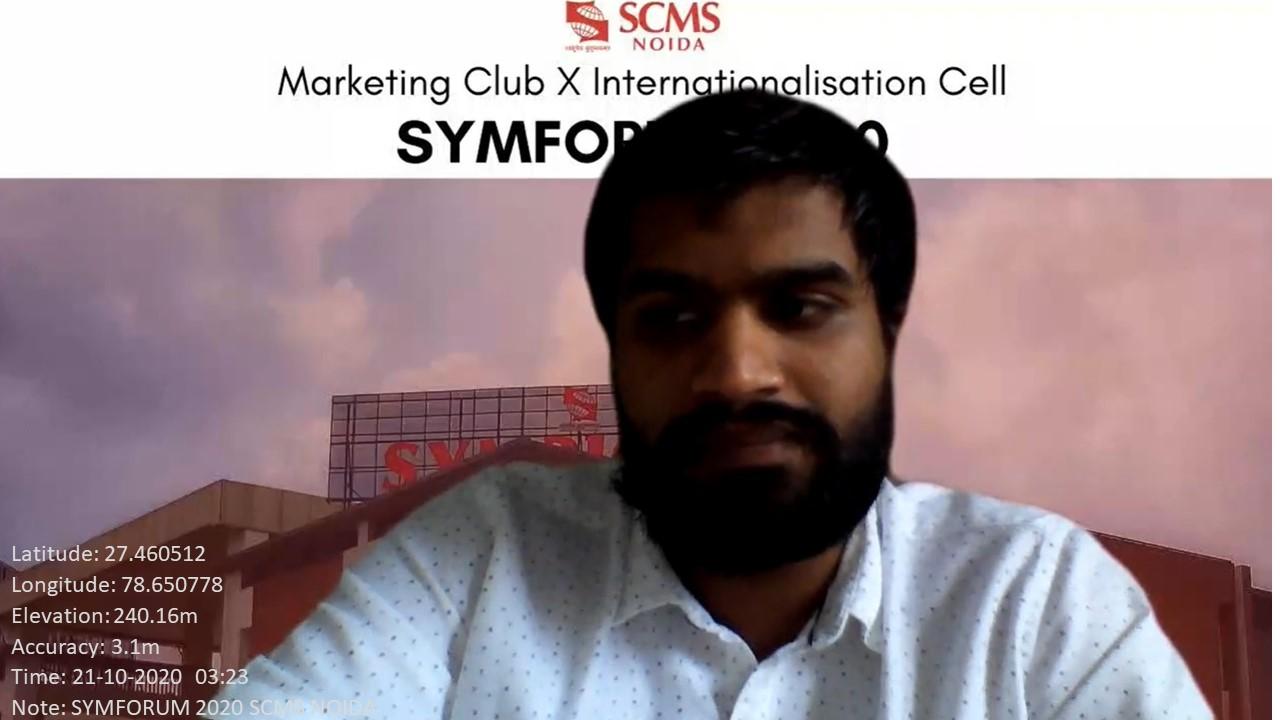